At best with Darek!

Tennis is a sport for young and the young at heart, tennis is fun and keeps you in a good shape. 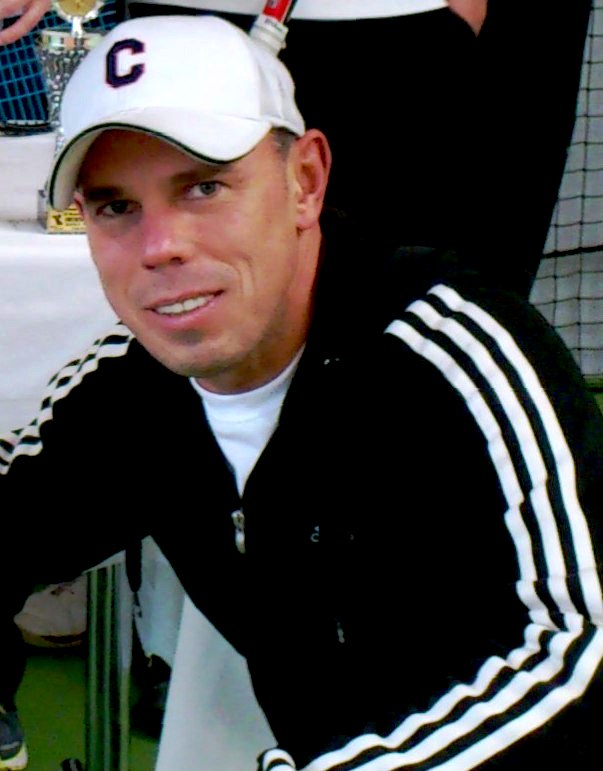 For over 35 years tennis is my hobby and my profession at the same time. Kids, young persons and adults of all ages, qualifications and nationalites play and train under my management.

Beginners -
will learn with me the basic strokes and proper behavior on the tennis court.
Active players -
I show how they can strengthen and perfect their technique.

In these films the video below shows how to train and play with me, my students. Some are beginners others advanced. Among other things, we can see in action: Andreas & Karin 71 years, Naomi and Michael 11 years old Leonardo seven years, Daniel 36 years, Catherine 41, Lena 6 years, Jorge Tomas 7 years.

I'm a fair match and training partner. I am a right-handed player - but also I play well with my left hand..This allows us to make the training and the competitions varied and best fulfill the strength your game. My passion has been successful in the competition since 1988 in Club TV Gelb-Weiß Görlitz.

And I still have a great joy out of the game as you can see below in the movies video.

I organize regular international tennis tournaments for children and adults, for leisure and active players. The most popular and most traditional since 2007, is the International Tennis Tournament Indoor Rosenhof darek Cup. In 2020 we celebrated the 168 Cup!

Tournament in short film from the last 127 & 123 Cup - everything that happened during the tournament - in a few minutes.