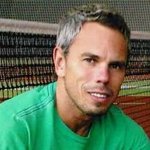 Tournament is currently supported by two rankings. Systematically updated after each tournament and tennis-darek.net on my site and posted on Facebook.

History Ranking - History ranking - a ranking which is carried out from the first to the last event, 2007/2020. Your goal is - every player who has played at least once in my tournament, will be immortalized forever.

ATTENTION ! during the Masters Tournament - for eight or sixteen highest placed player - and all previous champions - Cup 170 is parallel organized alledings it is only played tiebreak and the tournament will be a unofiziel tournament.