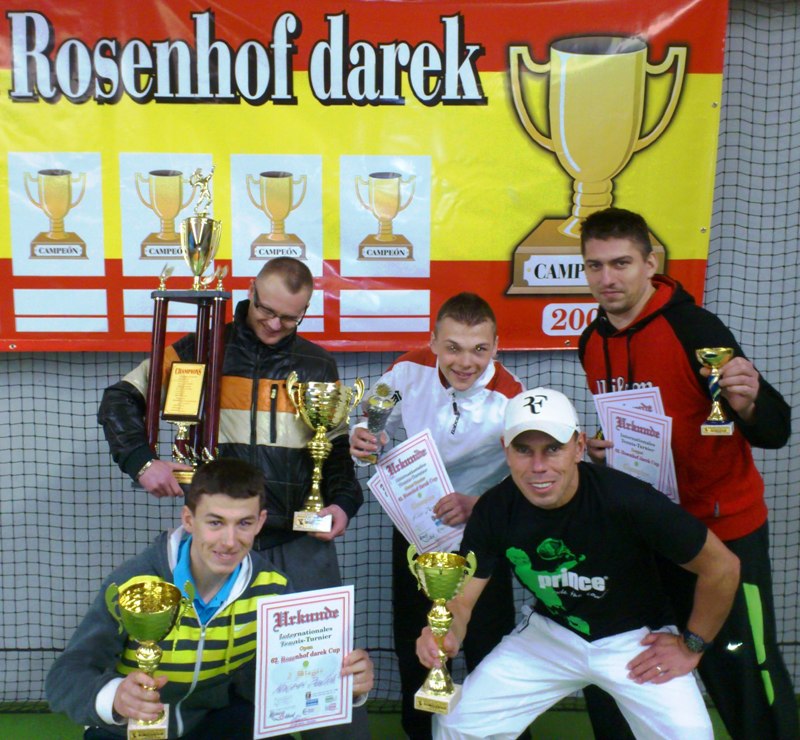 Experience through the rivalry

The tournament will be directed to the good and very good amateur players and also Licensed Club Players. Women and men, no age limit. The youngest player is 12 years old and the oldest 70 years!

Our idea is to allow these tournaments that you play against players with different skill levels and styles.

- Bonus tournament for players who failed the qualitative

Our leading motto is "as much as possible to play" To do that, we have abolished the knockout system and introduced the group game system. This system guarantees each participant to play a minimum of 3 matches.

Bonus Tournament, in this tournament we play in the knockout system. The qualifying rounds of the tournament, we play to win two Champion's Tiebreak's. And from semifinal,  one set to 9 or to 6th.

Seeded players, the players are seeded after ranking. Privileged players are who have won the tournament at least once and of them will decide the number of titles.

Lucky Men Cup, before each tournament at the opening ceremony, the little Lucky Men Cup will be drawn between the players

The players queries players, Before each tournament, two players, a Polish and a German or English - selected at random. To ask questions to all participants of the tournament. Who gives the correct answer will receive a small champagne with a commemorative engraving of the tournament.

Learn by rivalry of experience